January 26, 2021
Share
Facebook
Twitter
Telegram
WhatsApp
CLICK HERE TO JOIN US ON TELEGERAM
Police in Serengeti district in Mara region are holding a resident of Chamoto sub-district, Ikwabe Gibogo (58) on suspicion of physically assaulting his 11-year-old daughter.
The chairman of the neighborhood, Chacha Nyambuche, has admitted that the suspect was arrested on January 23, 2021 at night after police received a report from good Samaritans and found him lying in his house with the child all naked.
One of the neighbors said the child had been harassed for a long time and after convincing themselves they decided to report it to the neighborhood leader and when the police arrived they offered to co-operate. 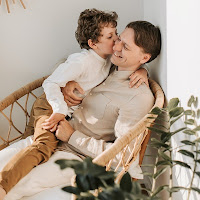 “The child has not started school so far, their mother divorced their father after finding out he was interfering with his eldest son. He left with the young children to Simiyu, however, he died and the suspect followed the children and came to live with them, ”said the neighbor on condition of anonymity.
MORE NEWS HERE