The glorious month of Ramadan is already approaching and Muslims are on a 30- or 29-day fast since last Saturday. As we know, fast is the fourth pillar of the five pillars of Islam, where it is mandatory to fast for an adult and healthy.

There are many kinds of fasting, but the biggest is the spirituality that believers fast for in obedience to God’s commandments, though its packaging varies from one religion to another. When Muslims fast by not eating anything from morning till sunset, their Christians during fasting are allowed to eat, but only in moderation.

When we hear the word fast, many consider it a spiritual act to be the command of God that when we follow it we are rewarded. Fast also treats as one way to make specific requests to the Creator in order to respond to our prayers in a unique way.

Just as a person fastens and follows all the teachings of the fast he receives from God, so can the person gain physical benefits from the fast.

In the modern world, fasting has been discovered to be the best way to combat various ailments and bodily harm, which in many cases has failed to be cured using modern treatments. 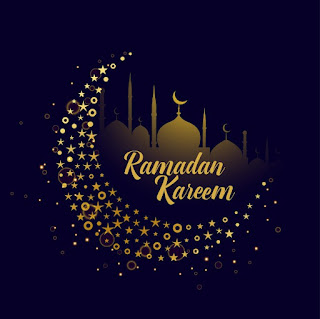 Although fasting seems to be, and if it is some difficult ritual for some people, but God was undoubtedly a great secret and commanded us to fast for the benefit of our bodies and perhaps if all men were fasting as it should, many ailments would surely be reduced.

WHAT ARE THE BENEFITS OF CLOSING HEALTH?
The benefits of physical fasting are numerous, including healing the body. When you fast you have an opportunity for your body to rest and renew itself. Fasting allows the body to remove toxins from various parts of the body that have built up over time.

After various scientists realized the benefits of fasting, they have developed other goals aimed at improving health and not just spiritual matters. There are many types of fasting, such as fasting to eat all foods except artificial juice for several days.

Another type of fasting remedy is to fast to eat all foods, except to drink water alone for a specified period of time. This type of fasting is usually temporary with a specific goal, or to lose weight, treat hypertension, diabetes or other illnesses. However, it is advisable for the person to know his or her health first before fasting.

Thus, it is a clear fact that when Muslims or Christians fast to obey God’s law, they gain other health benefits without their knowledge. Even the most common research in the country shows that people who stay healthy are improving throughout Ramadan and even the number of patients is reported to be declining in hospitals.

As the days go by, the cleansing process improves, the body removes the fat, the damaged cells and other heavy debris that can be released through the urge. As fasting goes on for a long time, toxins that accumulate for a long time in the body cells can also come out, including infected, dead cells, dirt from the small intestine, liver and kidneys.

During this time, the body retains the essential vitamins and minerals in the body and expels all unwanted toxins and tissues. When the toxicity level decreases or disappears, the function of the remaining cells increases, which in turn enhances healing.

Thus, during this period, the body is in the form of ‘energy conservation’ and ‘healing’, meaning that one begins to feel energized and healthy during and after the closing period.

WHY DOES MEN FEEL WITH POWER AFTER CLOSING AND NOT TAKING OUT?
Not many realize that the body needs too much energy to digest food in the womb. Fasting rests the digestive system and instead the energy used to digest food, is used to heal and repair the body.

The cleansing and removal of toxins that take place in the small intestine, blood and live cells, removes the body from many diseases. In this sense, the body strengthens the body’s immune system and improves its function and helps to improve physical and spiritual health.

BENEFITS OF CLOSING TO THEIR TOTAL
In general, fasting has many of the following benefits: It provides recovery for many health problems when a person decides to make changes to the lifestyle that they live especially on the part of eating.

Fasting is the comfort of eliminating addictions from various substances such as coffee, cigarettes, drugs and alcohol. Fasting really helps relieve stress, which is a major obstacle for many people trying to break free from addiction.

Fasting helps to lower cholesterol in the body and eliminates the problem of hypertension. In addition, fasting works wonders for problems with lack of toilet, gas and abdominal flats by eliminating the problem.

Fasting improves concentration, this condition manifests itself after the toxins are removed from the blood and thyroid system. Eating less uses less energy in digesting food thus leaving enough energy required by the brain in thinking tasks.

Other benefits that a person can gain from fasting include weight loss, skin rejuvenation and breath control.

“Fasting is a great relaxation process for the body. During that break, fasting helps you regain energy and restore energy lost through daily diets and unhealthy eating habits, ”says US-based D.K Frank Sebastin, explaining the effectiveness of fasting.