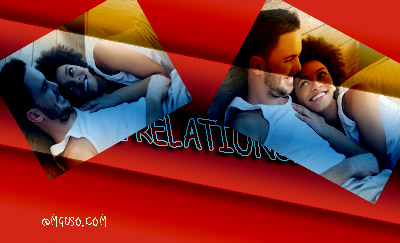 Intimacy (or the act of marriage) is one of the most important aspects of human life. It is an obscure fact that many of us would like to have a partner that you enjoy in marriage. Not only that, but this act brings harmony to any relationship. But, are there any health benefits to doing this? Yes! There are several benefits to having sex. In this article, your author Dr. Khamis Hassan is trying to explain to us the benefits of sexual health as has been seen in several studies conducted in different parts of the world.

1. It protects the body against heart diseases
Women who reach orgasm at least twice a week during intercourse, are less likely (30%) to get cardiovascular disease than those who do not reach their peak. This is because the endorphin hormone released during intercourse reduces stress and thus prevents a person from heart disease. In addition to having sex at least three times a week, helps reduce the risk of a heart attack and stroke.

The risk of having a heart attack during sex is very low, only 1% of all deaths from heart attacks are associated with sexual intercourse. In addition, another factor that increases the likelihood of experiencing a heart attack is having a relationship outside of marriage which accounts for about 75% of the deaths resulting from sexual intercourse, and about 90% of these deaths occur in older men. The risk of getting a heart attack during sex increases if one is over 50 years old, overweight and health problems. This is equivalent to saying you start exercising suddenly when the body and age do not allow it.

2. Increases bone strength
Menopausal women who have sex at least twice a week have twice as much estrogen hormone levels than those who do not. This hormone helps to protect the bones and in women who stop menstruating when they have this hormone they get osteoporosis.

3. Reduces stress
Having sex reduces stress and high blood pressure and causes a person to get a lot of sleep. Reaching a peak is the equivalent of taking 2-3mg of diazepam (remember diazepam makes the body relax, muscle relaxant), and this is the main reason why people get so much sleep after intercourse. People who are in contact with each other can better cope with the stress of those who do not. In addition people who have sex have a higher blood pressure than those who do not. Also the presence of natural prostaglandins in semen helps reduce stress. These organisms are absorbed by the woman’s genitals. Medicines also contain zinc, calcium, potassium, fructose and protein which are all important for good health.
4. Reduces pain
Reaching orgasm during intercourse is a cure for pain. Oxytocin hormone administered in large quantities before and during intercourse with endorphins naturally reduces headaches, backaches, migraines, rheumatism and post menopausal syndrome symptom.

6. Increases the ability to smell
After fertilization, the level of the prolactin hormone increases, which causes brain stem cells to form new cells in the brain’s most sensitive and sensitive part of the brain (olfactory bulb).

7. It reduces weight and keeps a person healthy
Dating is a good practice. During gestation, the heart rate increases from an average of 70 / minute to 150 / minute which is similar to a person exercising at a higher level. Sex burns about 200 calories the equivalent of running 15 minutes in a tredmill machine. A woman who reaches a peak burns 47 more calories.

8. Increases immunity
Having sex once or twice a week increases the level of immunoglobulin A cells by three quarters, thus protecting the person against flu and various diseases.

9. Making love increases a woman’s beauty
Women who have sex at least four times a week appear to be younger compared to their ages 7 to 12, this is due to the fact that sex increases the hormone estrogen which makes women’s hair healthier and their skin shiny.

12. Increase stiffness in the pelvic floor muscles
And thus preventing a woman from having urinary or bladder problems. Women who have stopped menstruating, having sex often removes the problem of vagina atrophy and prevents her from urinary tract infections.

13. Having sex increases the speed of blood circulation in the body
When you reach a peak, blood circulation doubles, increasing oxygen circulation to vital organs such as the heart, brain and kidneys thus helping to remove various toxins and toxins from the body.

15. Helps live longer
Having sex at least twice a week will prolong your life. Each time you reach a peak, a hormone called DHEA (Dihydroepiandrosterone) is released in large quantities from the action’s relaxation to its peak. DHEA enhances the body’s immune system, repairs damaged tissues (cures sores), increases brain function, improves skin health, and reduces stress. Thus, increasing the peak is likely to prolong your life.

16. Intimacy enhances love and excitement in love
due to the increased hormone oxytocin (love hormone), which brings about cohesion, trust, and simplicity in a relationship or marriage.

17. Increase the ability to give birth or to conceive
People often ask if the length of the penis has anything to do with the ability to conceive. The best answer is no! Regular sex improves a man’s semen, keeps them in good condition, and if you want to have a baby, it is best not to use regular sperms for four days.