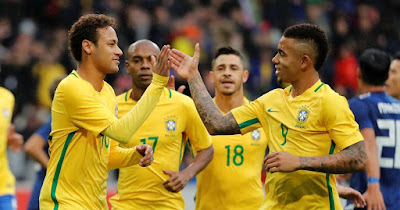 Brazil confirmed the match against Senegal on October 10 this year and Nigeria three days later in its friendly international matches at the national stadium in Singapore.

This will be the first encounter between Brazil and Senegal that lost the African Cup finals to Algeria and leads to the improvement of African football standards.

Nigeria will face Brazil for the second time, Brazilian football official Juninho Paulista has said, they have selected two of Africa’s best teams because they will be top contenders for them.